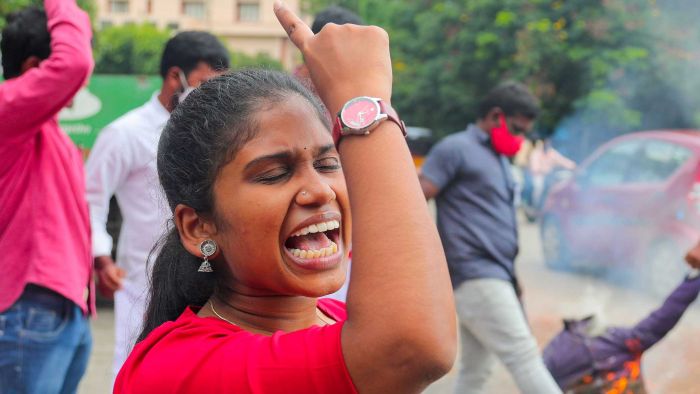 At approximately 2:30am, the pyre was lit.
Key points:

It had been two weeks since a 19-year-old woman had been allegedly raped and assaulted by four men from her village of Hathras in India.
She suffered injuries so horrific she w…