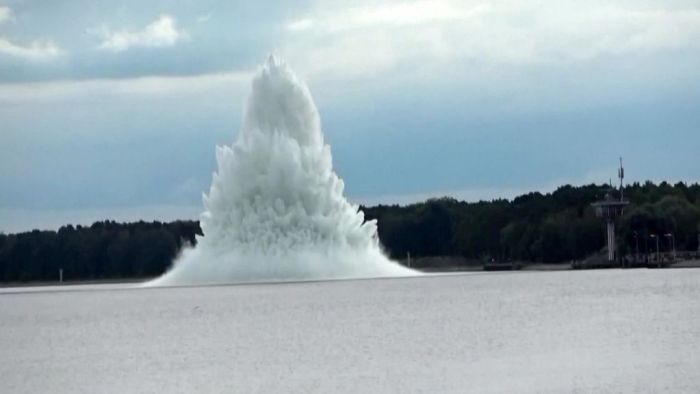 A British World War II bomb has exploded under water while being made safe by navy demolition specialists in north-western Poland.

Navy divers were trying to neutralise the bomb through remote deflagration, which means burning ou…