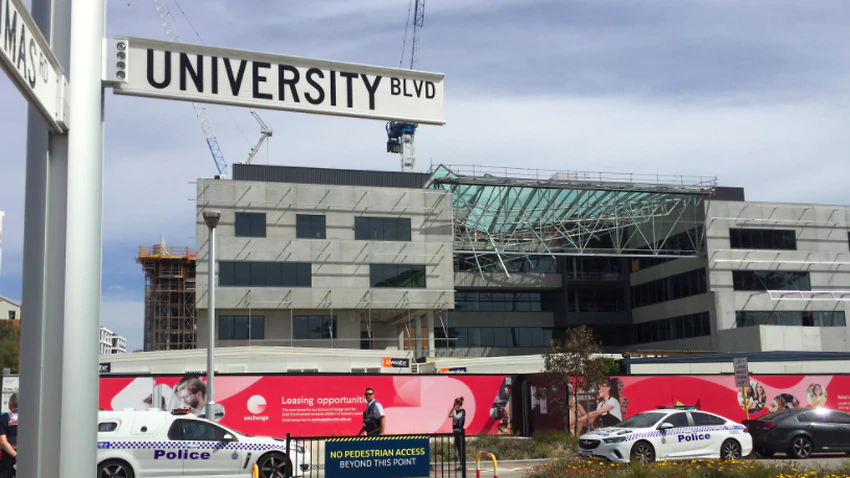 A 23-year-old man has died and two others are injured after a glass ceiling under construction partially collapsed at Perth’s Curtin University.
Police say two male construction workers were atop a building at the university at 12:30pm local time on Tuesday when the roof gave way unexpectedly.
Both men fell more than 20 metres to the ground, after which the 23-year-old was confirmed to have died.
The other man was seriously injured and taken to Royal Perth Hospital. A third man working insid…