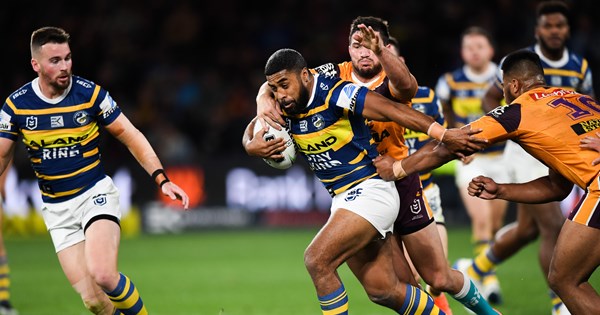 The NRL has suspended Michael Jennings after the Eels centre tested positive to banned substances, the league announced on Saturday.
Jennings has been provisionally suspended after returning a positive A-sample for Ligandrol and Ibutamoren and now has the opportunity to have his B-sample analysed.
He was tested on September 21 with the result received by Sport Integrity Australia on October 9.
Jennings had been set to play in Saturday night’s elimination final against South Sydney.
“Michael …