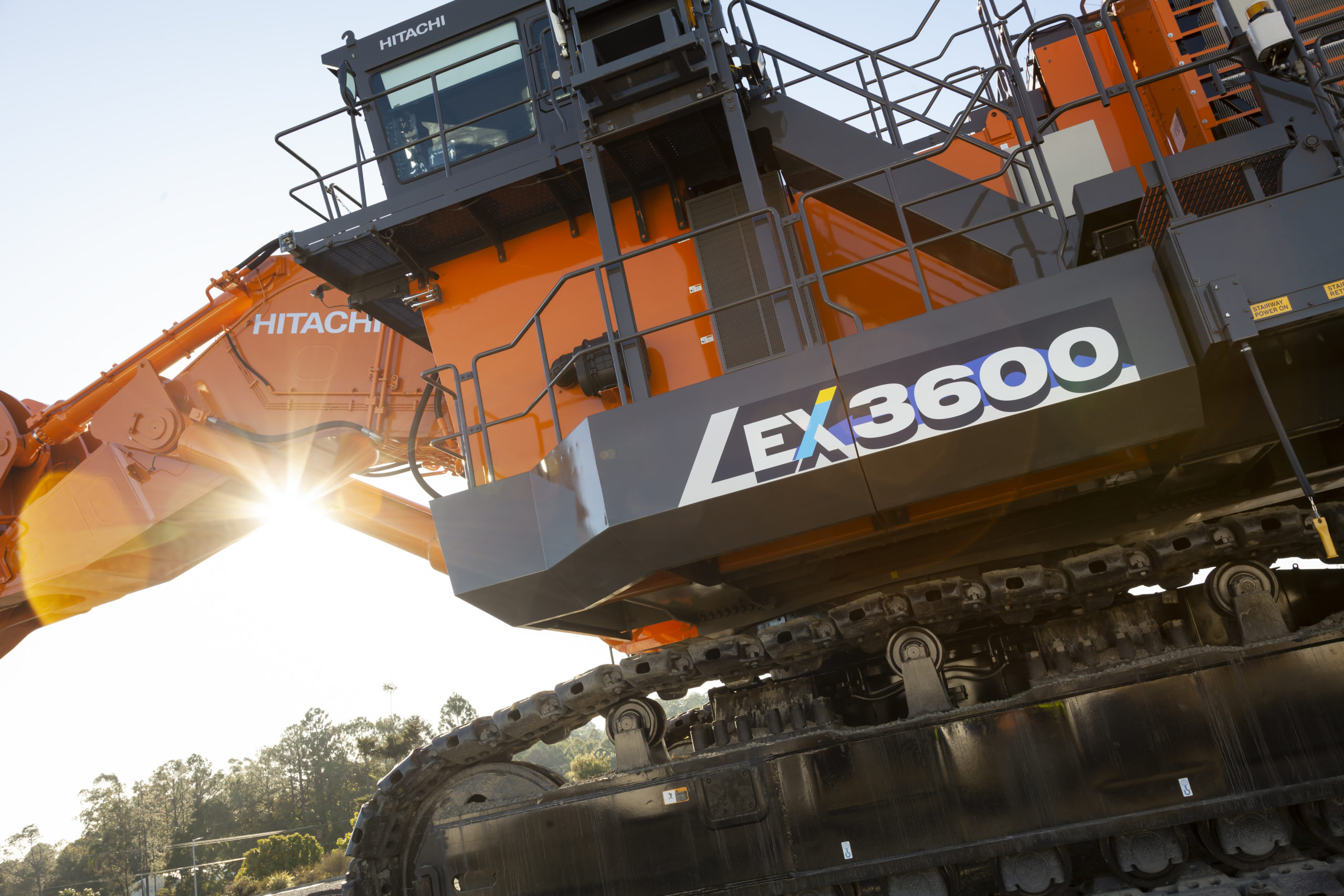 Hitachi’s range of mining excavators is a dominant force in Australia. With six machines in their mining line up, they have a solution for every size and type of mine, from the versatile 120t EX1200-7 excavator through to their EX8000-6 weighing in at a whopping 837t.

Available in backhoe and face shovel configurations, these machines are highly regarded and operate globally. Instantly recognisable in their distinctive Hitachi orange, you’re most likely to find the EX2600, EX3600 and EX5600 backhoes working in the Valley.

Sitting in the sweet spot of Hitachi’s diggers is the EX3600. A stalwart of the Australian mining industry, Hitachi has deployed locally over 100 of these 370t excavators since launching the EX3600-5. Now in its third iteration, the Japanese manufactured EX3600-7 is Hitachi’s latest generation machine built upon industry feedback and the Company’s learnings in the field to produce more fuel efficient product for customers.

In a development immediately broadening the appeal of this excavator, miners now have an option of power plant with both the Cummins QSKTA60 or MTU 12V4000 on offer.

All too aware of the detrimental effects of dust and moisture ingress, Hitachi has introduced slit-less solid conduit harnesses and junction boxes. In the instance of damage, electrical harnesses between junction boxes can be replaced individually, ultimately reducing maintenance time and cost. Likewise, the cab riser now features a pressuriser system to minimise dust infiltration and extend the service life of electronic components within.

Improving upon a product that customers already like, the hydraulic hoses between the boom and main piping have been rearranged from an arch to underslung configuration removing the need for clamps, reducing deflection and increasing reliability. And I could go on, with features too numerous to contemplate in this article.

Find out more today by contacting your local Hitachi representative or go online at https://hitachicm.com.au/products/excavators.