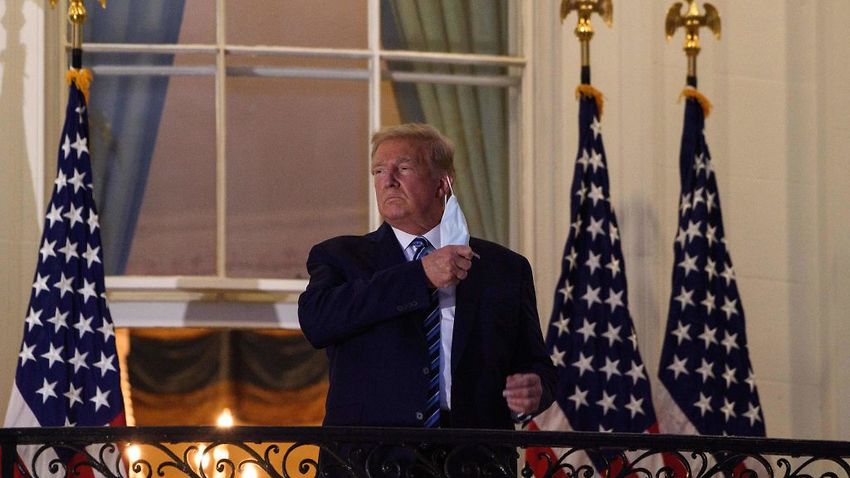 US President Donald Trump has returned to the White House after spending three days at the Walter Reed National Military Medical Center battling COVID-19.
Mr Trump climbed the stairs at the South Portico of the White House, removed his mask and saluted as he looked over the South Lawn. He appeared to be breathing deeply.
In a video posted shortly thereafter, he defended his conduct and suggested he may be immune from the virus.
“Don’t let it dominate you. Don’t be afraid of it,” he said.
“Yo…