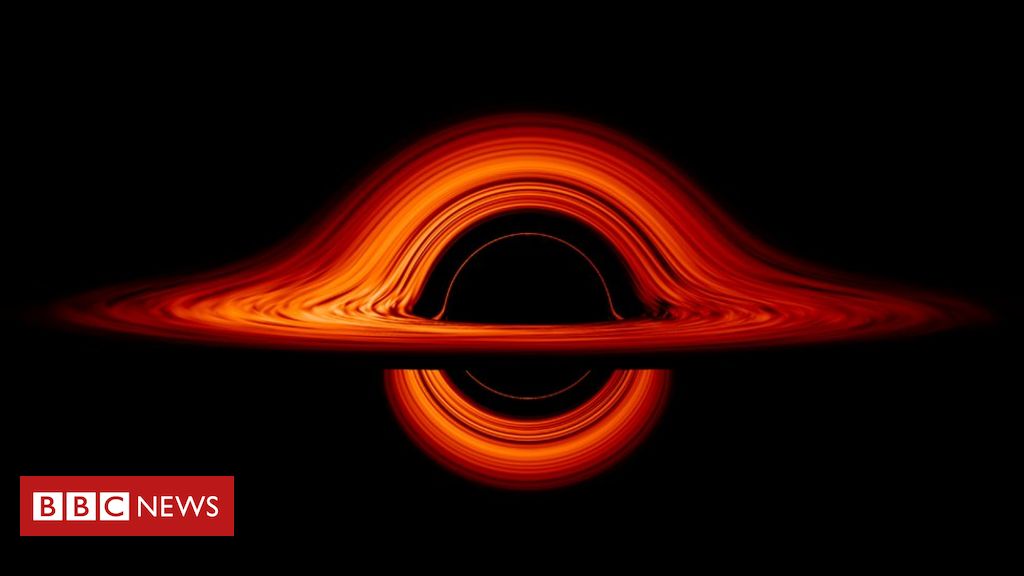 Image copyrightNASAImage caption
Recent visualisation of a black hole by Nasa
Three scientists have been awarded the 2020 Nobel Prize in Physics for work to understand black holes.
Roger Penrose, Reinhard Genzel and Andrea Ghez were announced as this year’s winners at a news conference in Stockholm.
The winners will share the prize money of 10 million kronor (£864,200).
Swedish industrialist and chemist Alfred Nobel founded the prizes in his will, written in 1895 – a year before his death….