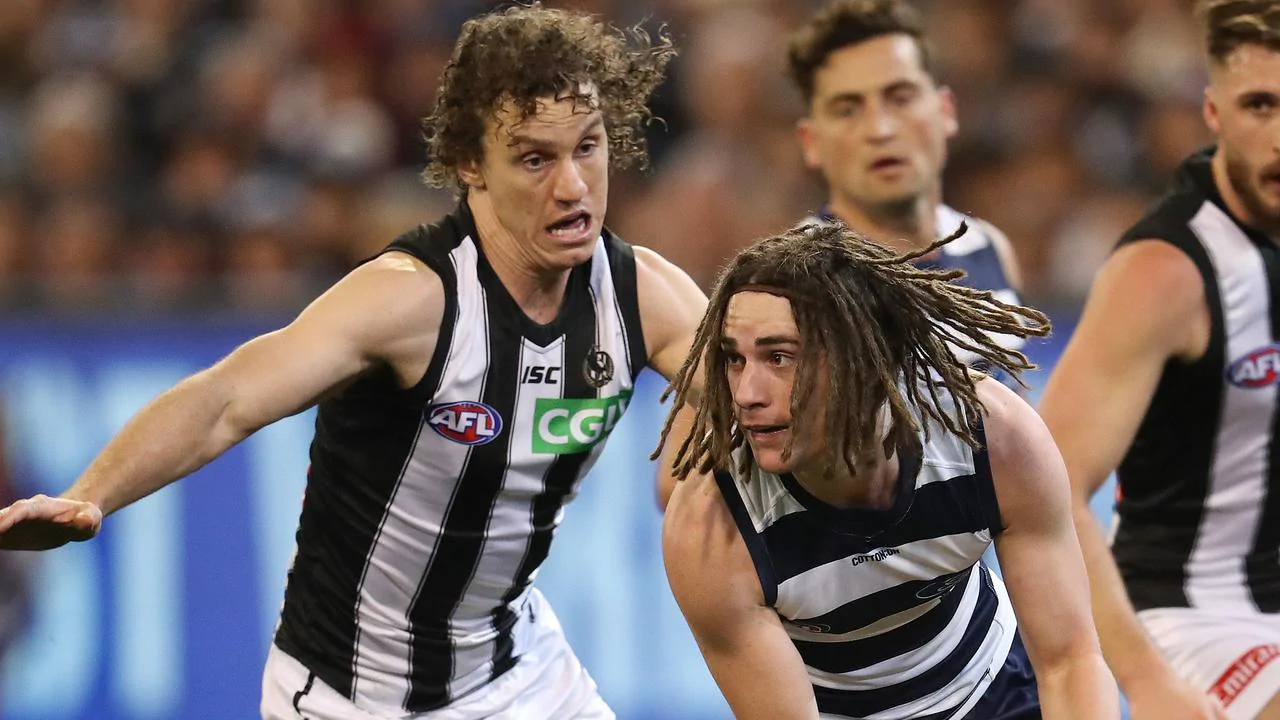 Last year, after the Pies prevailed over the Cats, Collingwood president Eddie McGuire accused the opposition of disregarding a gentlemens agreement between the two sides for Geelong to wear white shorts – with a predominantly white kit – and the Magpies to don black shorts whenever the two teams played.
Geelong opted to wear blue shorts and the Pies wore white, leading to mass confusion from spectators at a visual that McGuire labelled ridiculous.
Watch the 2020 Toyota AFL Finals Series on Ka…