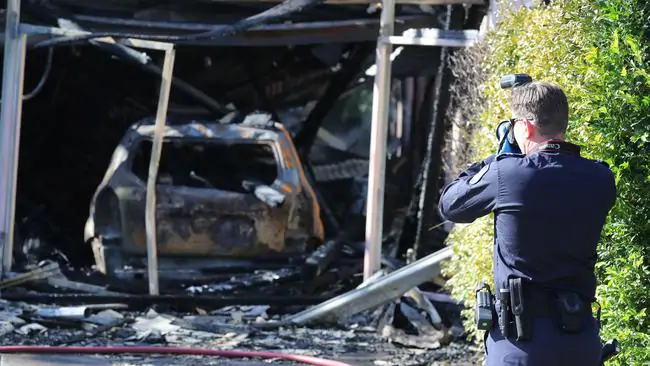 The man accused of setting fire to a home in Coorparoo with a family of four still inside has been rushed to hospital after collapsing while in custody, a court has been told.Troy Barry Fien, 39, was arrested by detectives on Saturday, two days after he allegedly lit the blaze that gutted the home on Thursday.
The family were lucky to escape from the blaze, which destroyed their home.
He has been charged with four counts of attempted murder, one count each of arson and enter dwelling with inte…