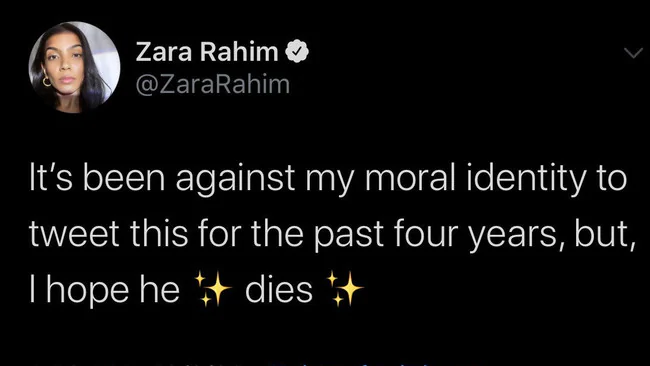 Some prominent Donald Trump-haters including The Wire actor Dominic West and a former spokeswoman for Hillary Clinton are openly rejoicing.News of the president catching COVID-19 sparked an eruption of activity on social media, with celebrities and ordinary people alike rushing to share their reactions.
Some were pleasant, many were nasty.
West, 50, told Good Morning Britain on Friday that he felt “joy” at the news of Trump’s illness.
Former Democratic Party spokeswoman Zara Rahim, who was a …