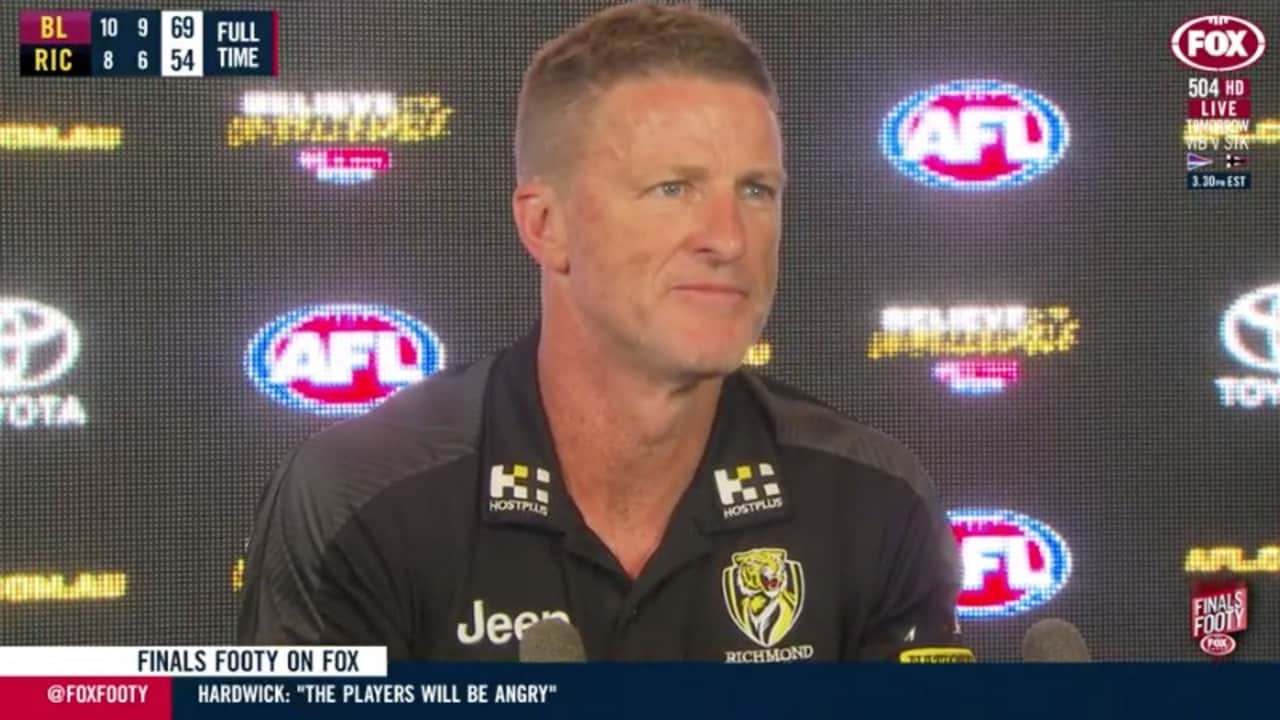 The Tigers gave away a crucial double 50 metre penalty late in the second term on Friday night, which was one of several free kicks that Hardwicks men gave away.
During a half-time interview on Channel 7, Hardwick criticised his players for their ill-discipline, but also the umpires for their trigger happy officiating. Asked post-match to expand on the comments, Hardwick obliged momentarily before reigning himself in.
Watch the 2020 Toyota AFL Finals Series on Kayo with every game before the G…