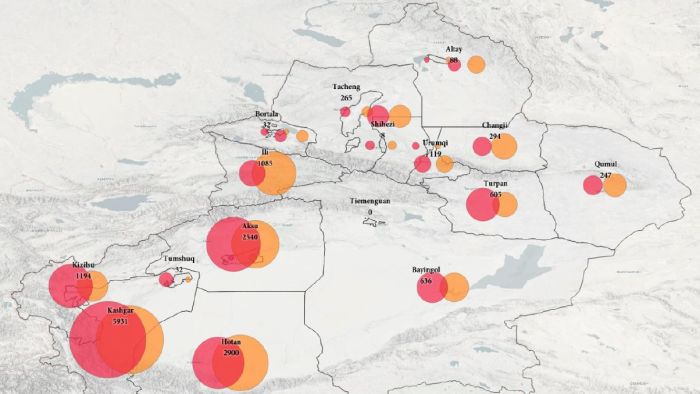 China’s foreign ministry has denied claims from an Australian thinktank that it had destroyed thousands of mosques in its western Xinjiang region.
Key points: