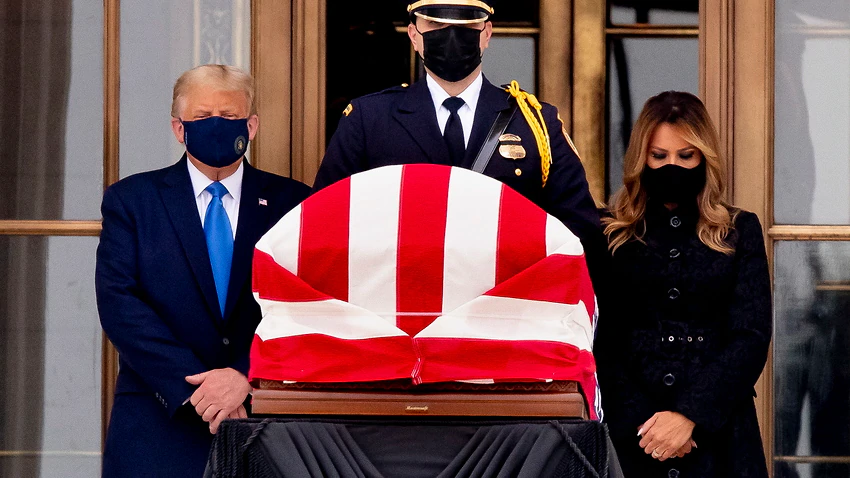 Protesters shouting “Honour her wish” heckled US President Donald Trump as he paid his respects on Thursday to Ruth Bader Ginsburg at the Supreme Court, invoking the liberal justice’s deathbed plea not to be replaced until after the November election.
As President Trump, wearing a black face mask, and First Lady Melania Trump stood solemnly behind Ms Ginsburg’s flag-draped casket on the steps of the court, protesters bellowed chants from the street below.
The president did not appear to acknow…