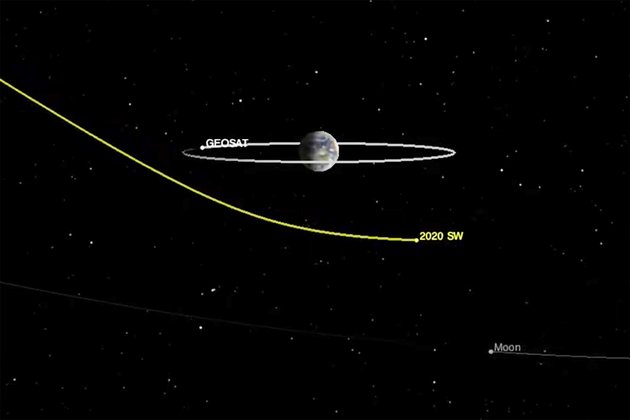 Scientists at the U.S. space agency NASA say a small asteroid – roughly the size of a bus – passed close to Earth on Thursday, flying just 22,000 kilometers above the surface, within the orbit of geostationary satellites that ring the planet.
While the proximity to Earth might raise alarm, scientists at NASA’s Jet Propulsion Laboratory (JPL) in Southern California said even if the asteroid had entered the earth’s atmosphere, it almost certainly would have broken up and become a bright meteor.
…