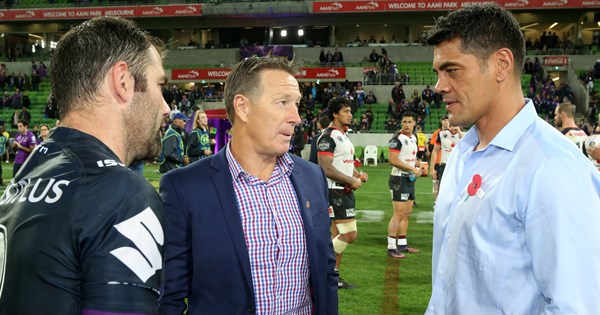 Stephen Kearney is set to return to the NRL coaching ranks next season as Craig Bellamy’s assistant at Melbourne.
The former Warriors coach will link once more with the Storm outfit – he won a premiership with Melbourne in 1999, replacing Jason Ryles as Bellamy’s right-hand man on a one-year deal.
Kearney’s return to Melbourne where he also cut his teeth as an assistant before landing his first head coaching role with Parramatta will include being a mentor for current development coaches Aaron…