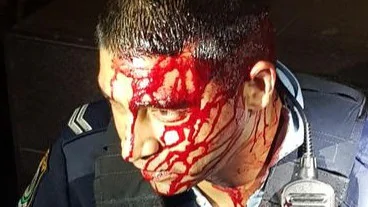 A man who sparked a terror probe after he allegedly slashed at and bit police officers in Sydneys CBD has been found dead in his prison cell.Fredrick Fadi Elrezz was charged with attempted murder after he allegedly stabbed two officers, slashing one across the head and shoulder, and bit another on the arm on York St earlier this month.
The Lakemba man, 32, was being held at Parklea Correctional Centre.
READ MORE: Accused Sydney cop slasher claims he was beaten by prison guards
Elrezz had alle…