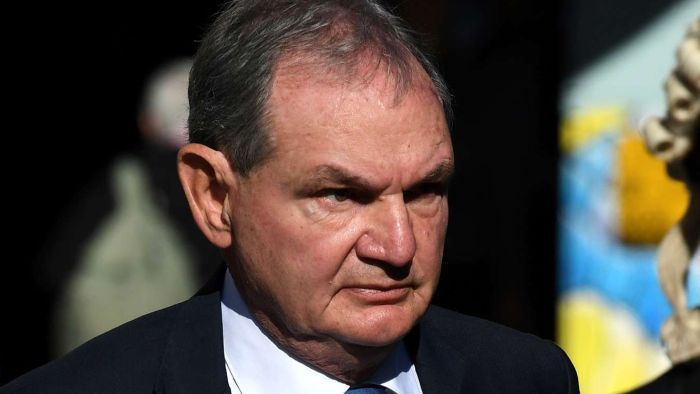 Former Ipswich mayor Paul Pisasale has pleaded guilty to two counts of sexual assault and one count each of official corruption, unlawful possession of a restricted drug and disobedience to statute law in the District Court in Ipswich.
Key points: