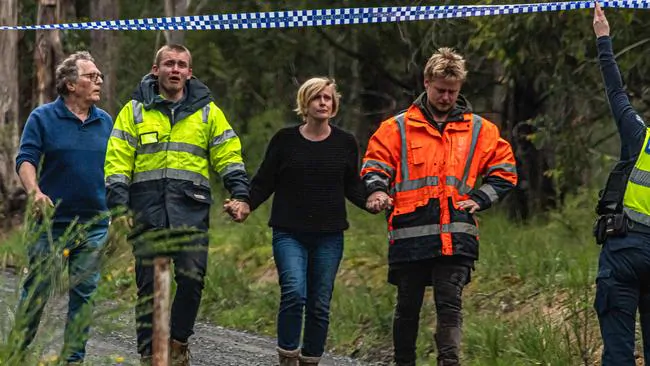 The heartbroken family of a teenage boy found dead in dense Victorian bushland yesterday have broken down as they approached the scene of his death. In a devastating detail it has also emerged the 14-year-old’s body was discovered just over one kilometre from the family home where he went missing on Tuesday.
William Wall was last seen at 6:45am on Tuesday morning after leaving his home in Launching Place, a town 54km east from Melbourne’s CBD.
He told his family he would be back in 15 minutes,…