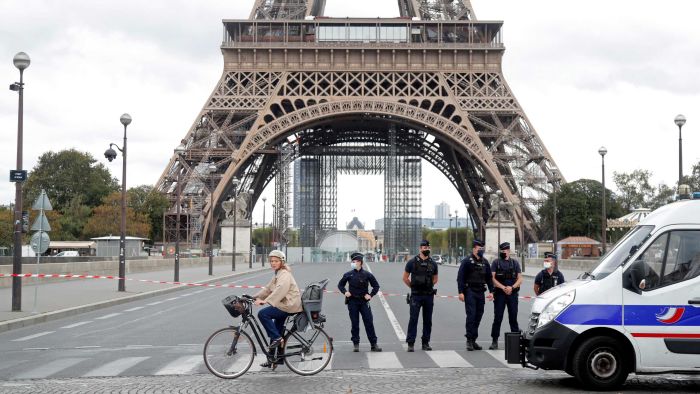 Paris’s Eiffel Tower was evacuated on Wednesday after police received a call suggesting a bomb had been placed there.

Several hundred people were led away from the tower while police conducted a search of the monument, a police source said, but no explos…