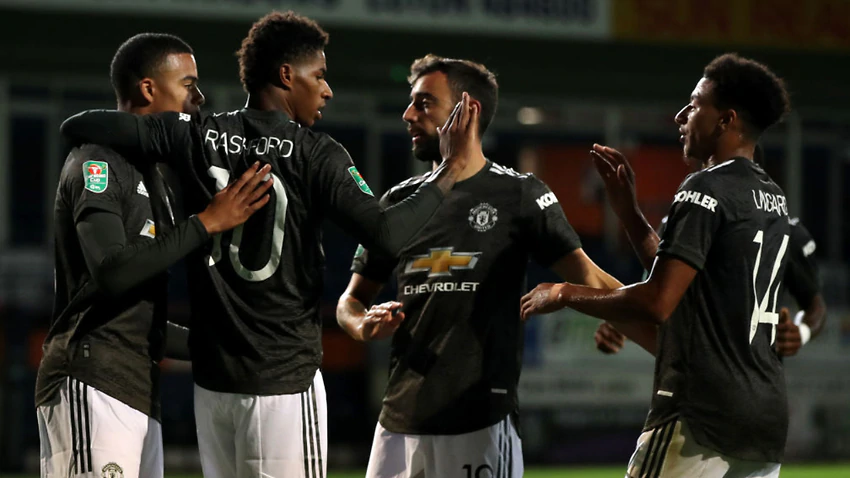 United suffered a 3-1 home loss to Crystal Palace in their first Premier League game on Sunday (AEST) and Solskjaer made 10 changes for the third-round tie at Kenilworth Road, including handing a debut to goalkeeper Henderson as David de Gea was given the night off.
A Juan Mata penalty on the stroke of half-time gave United the lead against their Championship hosts, who would have levelled with nine minutes remaining had Henderson’s one-handed stop not denied Tom Lockyer.
By that point a conce…