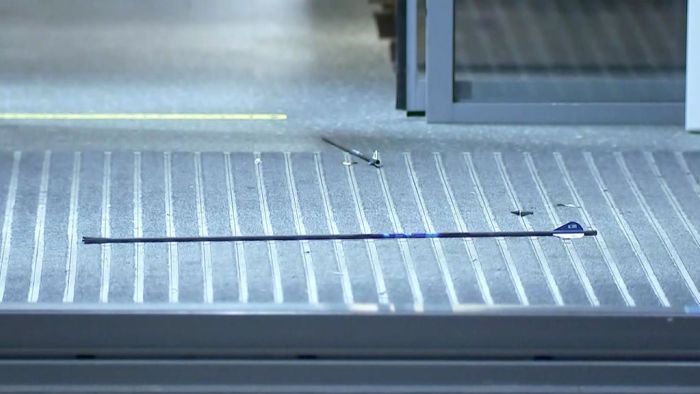 A 25-year-old Ipswich man will face court charged with attempted murder after allegedly shooting a teenage girl with a bow and arrow.
Police said the Bundamba man entered an Aldi supermarket at Booval just after 4:30pm yesterday dressed in a mask and a black hoodie before he allegedly began firing a compound bow.
One arrow fired towards the back of the store injured a 15-year-old girl.
She was struck in the hand and stomach and was taken to the Queensland Children’s Hospital for treatment of…