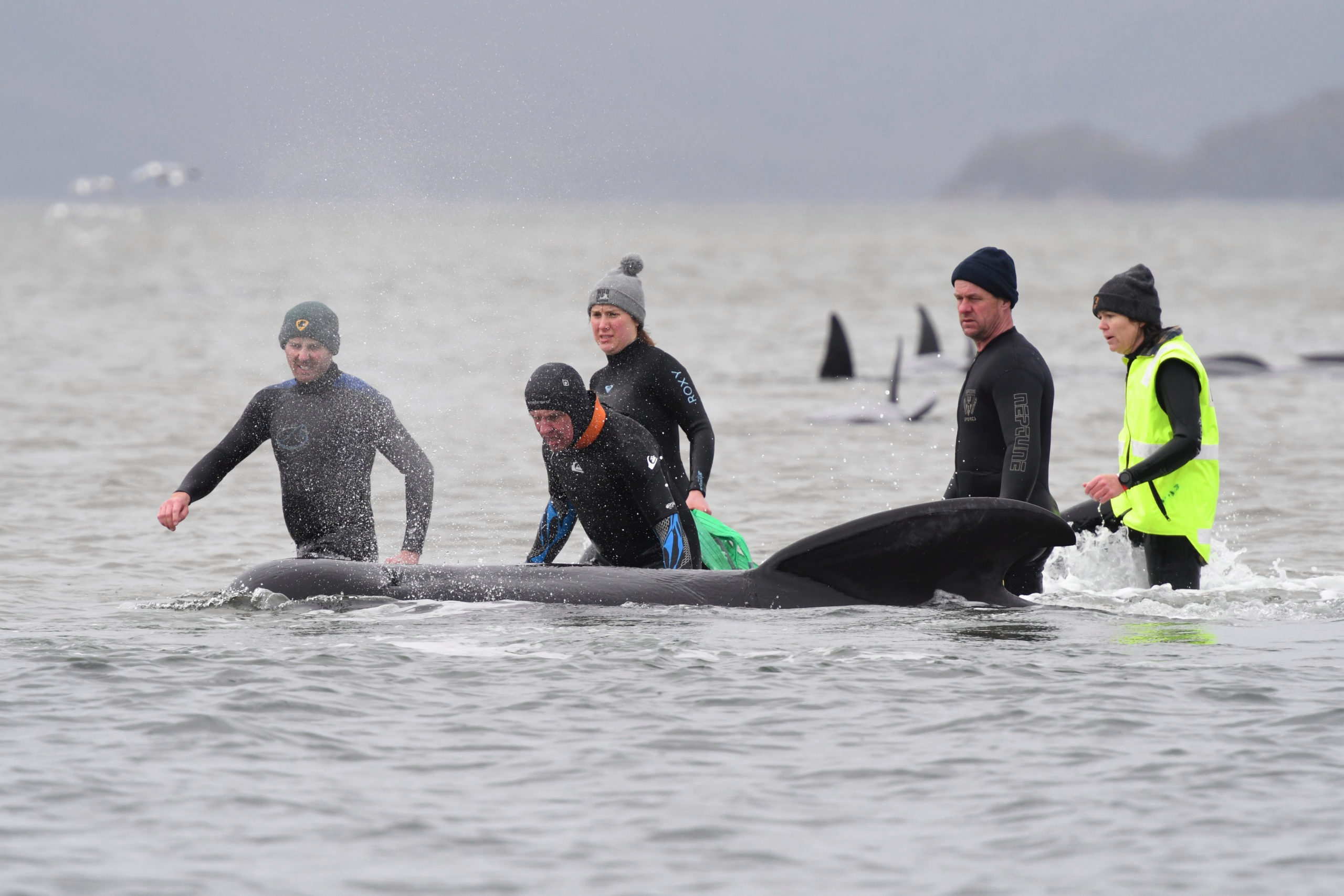 Rescuers trying to free a pod of whales stuck on sandbars off Tasmania have found more stranded animals, raising the total to 470 and making it one of Australias biggest beachings.
As the rescue effort entered its third day on Wednesday, rescuers said they spotted another large group of about 200 pilot whales during an aerial reconnaissance of remote Macquarie Harbour, on the rugged and sparsely populated west coast of Tasmania.
Most were believed to be dead.
They didnt look to be in a condit…