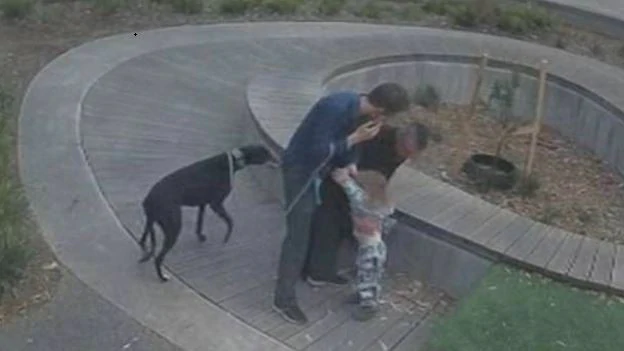 A would-be child snatcher was in the grips of a drug-induced psychosis when he attacked a dad outside a Melbourne library and tried to steal his toddler. Michael Rawson left Preston police station on bail for drug offences when he spotted the father and son with their dog outside the nearby library in November 2019, the Victorian County Court heard.
“What happened is every parent’s nightmare,” Judge Felicity Hampel said on Tuesday.
The 41-year-old ran over and tried to snatch the child as the …