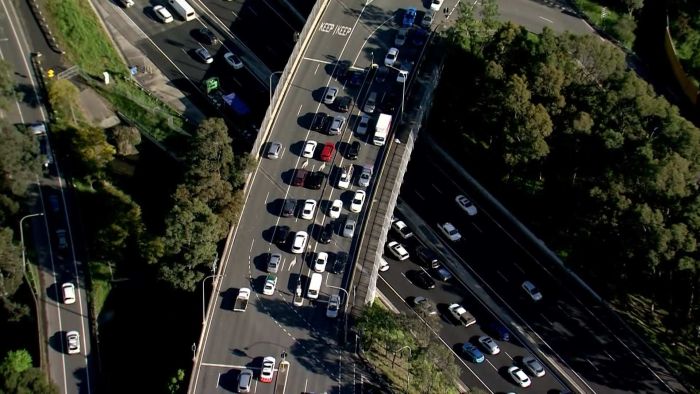 Here’s what you need to know this morning.
Two crashes in three hours
Traffic is expected to be slow for hours.(ABC News)
Traffic is queued for 14 kilometres after two car crashes in the suburb of Hammondville in Sydney’s south west this morning.
At around 3:00am a semi-trailer hit a power pole on Heathcote Road before veering into a nearby property, hitting a tree and trapping the driver.
Later at around 6:00am three vehicles collided, causing one to flip and also trap the driver.
Several…