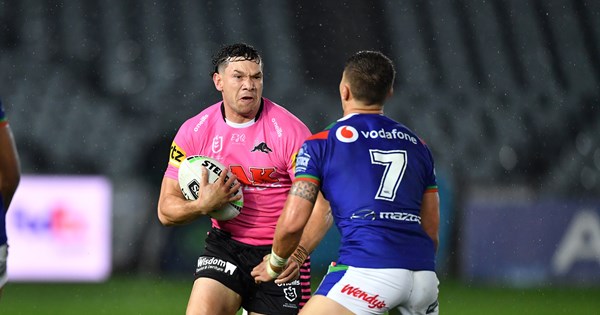 Panthers centre Brent Naden has accepted the personal apology of fans who abused him during a game against the Warriors on the Central Coast.
The NRL on Monday confirmed its investigation into the spectators’ behaviour last month has concluded, with Naden consulted on the governing body’s handling on the matter.
The incident involving a number of fans occurred during a Penrith win over the Warriors at Central Coast Stadium on August 14.
The fans responsible have been offered a program of edu…