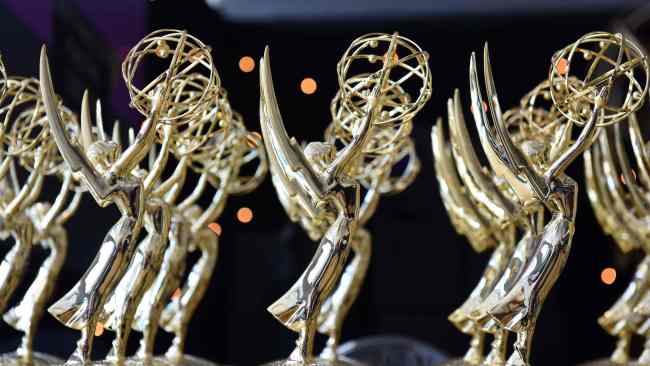 It’s her first nomination, and she’s taken it out: Zendaya just won Lead Actress in a Drama Series for her work in Euphoria, beating out established players like Sandra Oh, Laura Linney and Jennifer Aniston (Aniston in particular looked thrilled the young star had taken it out).
Accepting the award at home, it’s safe to say Zendaya and her team are going to have a good night:
“She’s younger than Baby Yoda and she already has an Emmy!” Kimmel says of the 24-year-old star, who becomes the young…