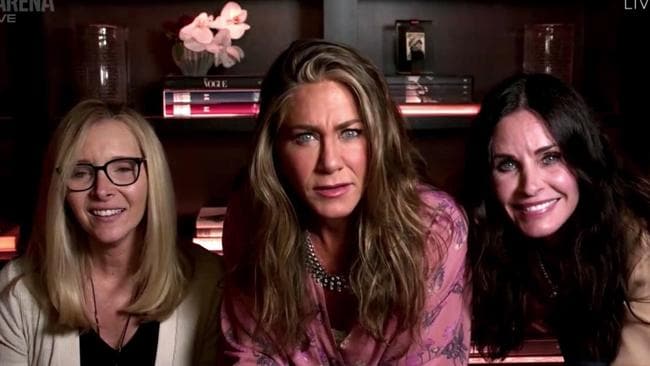 The Emmys has produced a mini-Friends reunion as Lisa Kudrow, Courteney Cox and Jennifer Aniston all appeared together for a sketch during the ceremony.Host Jimmy Kimmel crossed to Aniston’s house to make sure she had made it home safely after she had earlier helped present an award at the Staples Centre.
The 51-year-old was nominated in the Best Actress in a Drama Series for the Apple TV+ series, The Morning Show, which ultimately went to Zendaya for Euphoria.
Aniston, wearing a pink bathrobe…