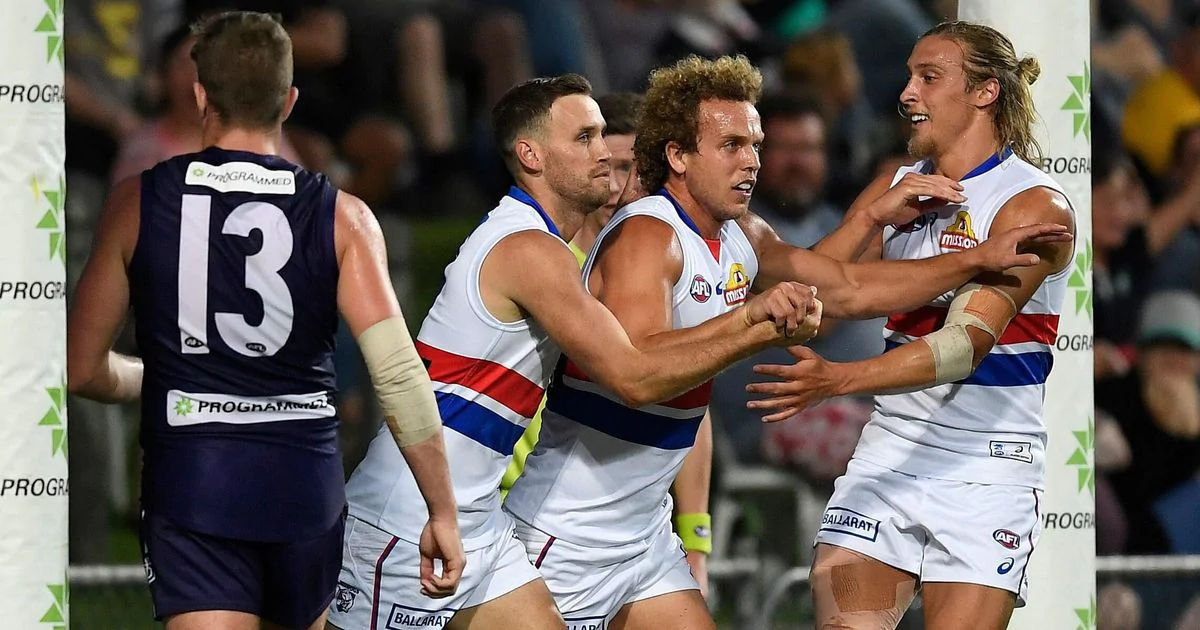 THE EIGHT combatants in the 2020 Toyota AFL Finals Series have been locked away but the minor premiership is still up for grabs.
The Western Bulldogs’ win over Fremantle on Sunday night ended the Demons’ finals hopes and confirmed the Bulldogs’ place in the top eight.
LADDER PREDICTOR Can your team make the eight?
The top four is also set after Geelong’s nail-biting win over Sydney on Sunday afternoon. The Cats secured the double chance for the 11th time in 14 seasons, joining Port Adelaide…