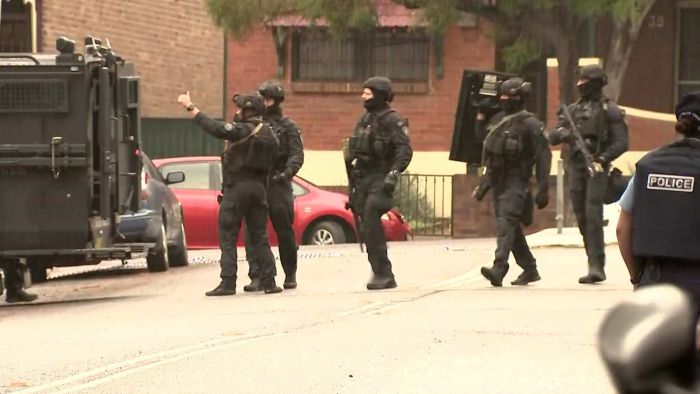 Here’s what you need to know this morning.
Sydney gun violence
Riot police arrive in Lewisham, after a man was stabbed.(ABC News)
Following a spate of shootings across Sydney, NSW Police have charged 25 people as part of a crackdown on firearm-related violence.
Since the beginning of August, 12 shootings including five in public places were reported in the South West Metropolitan Region.
In the past fortnight, police searched 54 properties and located four firearms, an electronic stun devic…