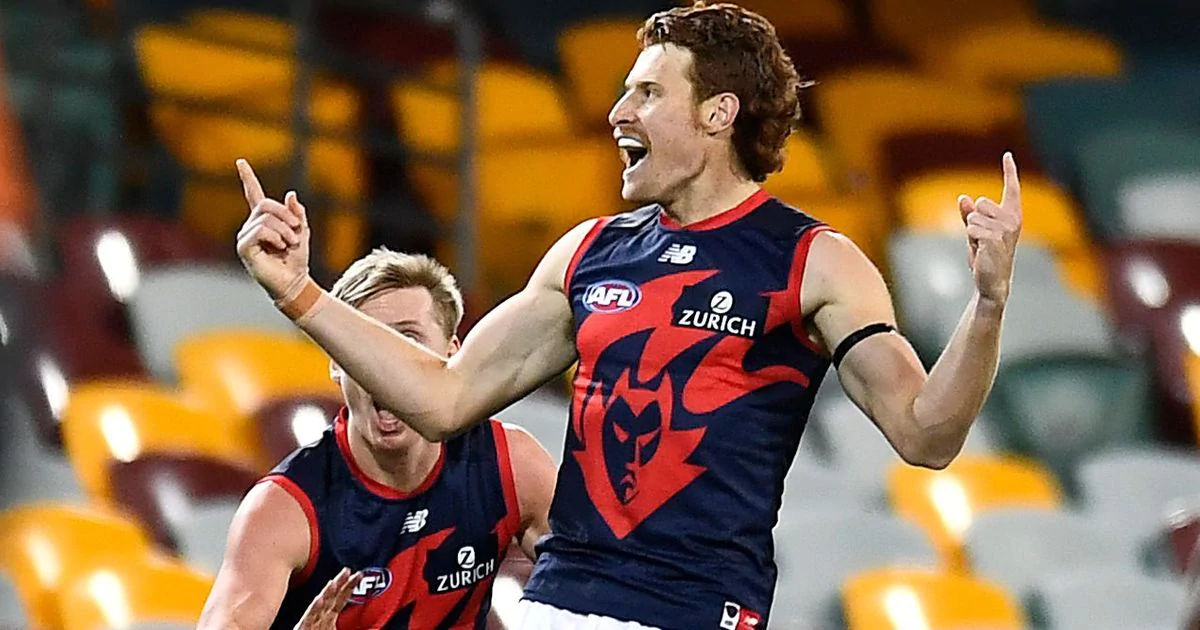 THE AFL’S Jekyll and Hyde side remains in the finals race.
Melbourne couldn’t afford to drop Saturday night’s clash with fellow contender Greater Western Sydney and escaped with a five-point victory in the club’s most important game since 2018.
The Giants rallied from an 18-point first quarter deficit to snatch a seven-point edge at the final break based mostly on their dominance in contested ball but failed to hang on.
GIANTS v DEMONS Full match coverage and stats
Simon Goodwin’s Demons pro…