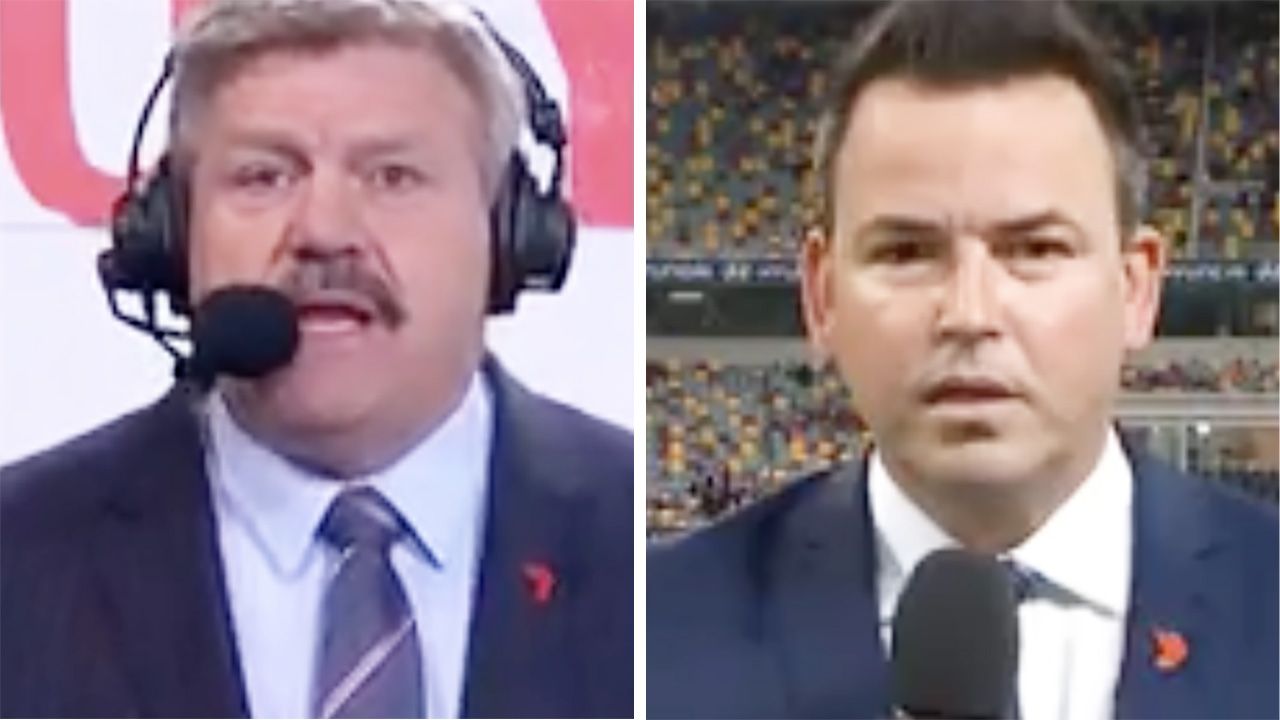 AFL commentator Brian Taylor has clashed with colleagues and former star player Wayne Carey the punishment for Richmond Tigers players involved in a fight outside a Gold Coast strip club.
Tigers pair Sydney Stack and Callum Coleman-Jones have been heavily sanctioned by the AFL, costing Richmond $100,000 in fines and each copping a 10-match ban after the two were involved in a fight while waiting for a kebab after leaving the club.
‘KARMA’: AFL world reacts to ‘fitting’ Gabba grand final call
…