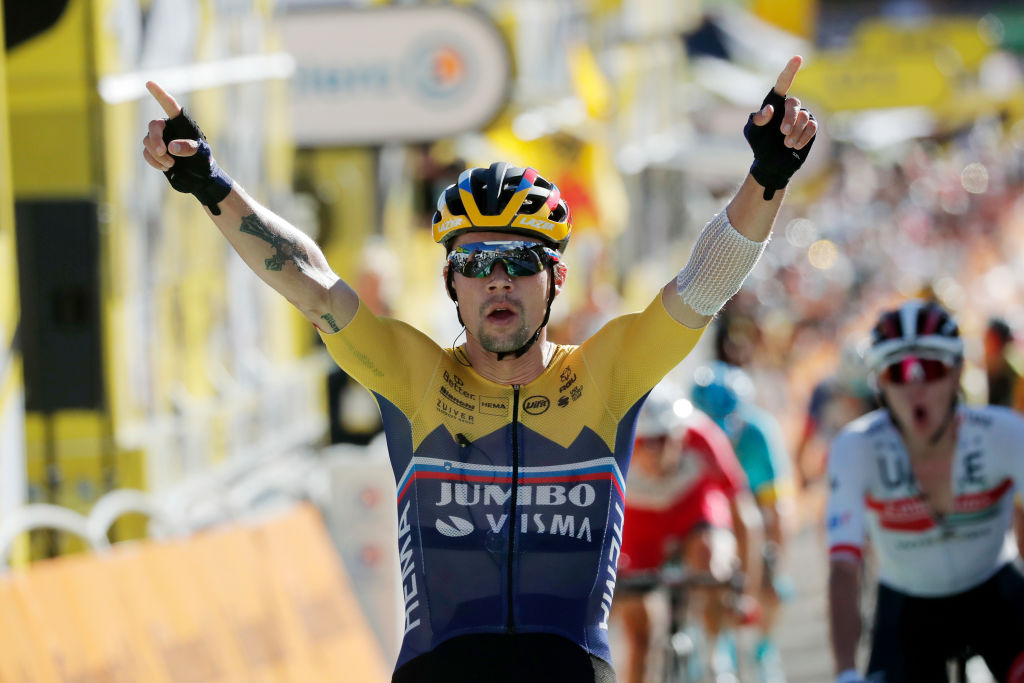 Jumbo-Visma’s Rogli romped it home by several lengths over fellow Slovenian Tadej Pogaar (UAE), with Guillaume Martin finishing third.
Martin came close to securing Cofidis’ first victory at the Tour de France since 2008, attacking 500m from the line, but Rogli’s patience paid off as he launched his own attack nearer the finish.
But Rogli’s bonus seconds were all that separated him from his major rivals who finished together minus Emanuel Buchmann (BORA-hansgrohe) back in 17th and nine second…