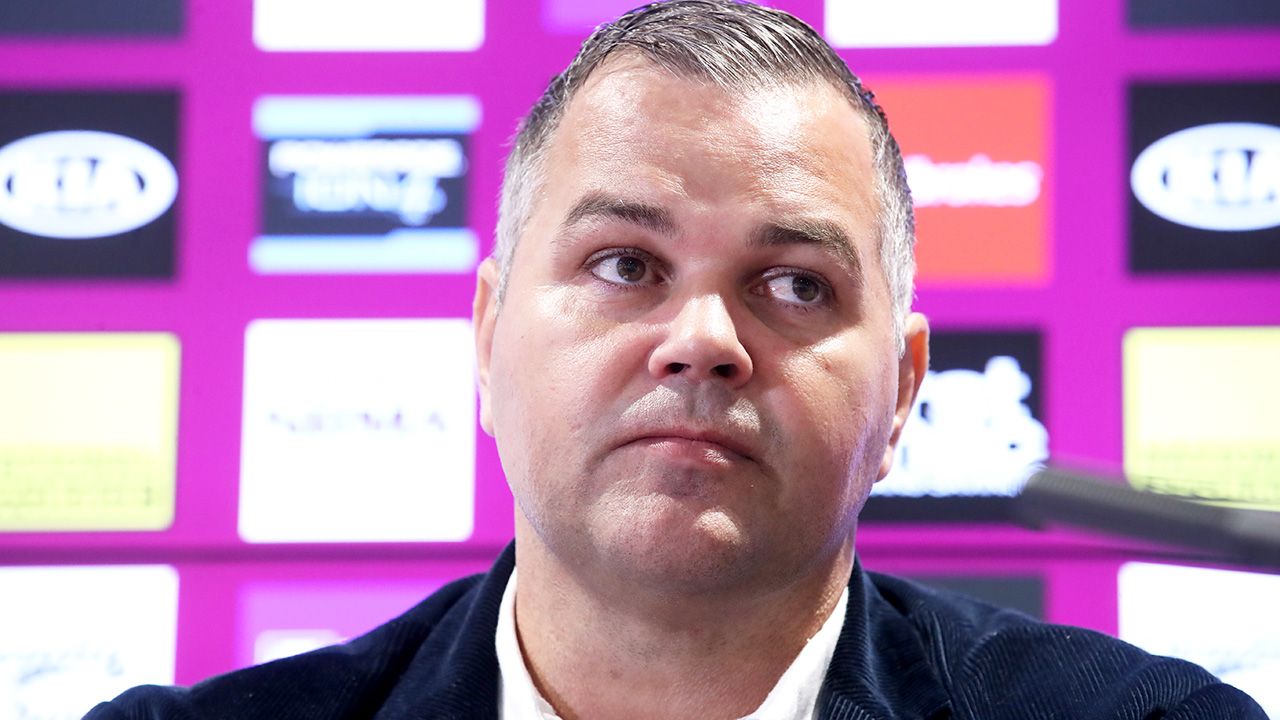 Former Brisbane Broncos coach Anthony Seibold says a recent report which put forward that a well-known figure in NRL circles was behind a series of vicious rumours about him is incorrect.
Seibolds tenure as head coach came to an end last week, after a tumultuous 2020 season in which the Broncos have only won three games so far, as well as being embroiled in numerous off-field scandals.
NOT ON: Roosters fume over Broncos star’s ‘pathetic’ act
OUCH: South Sydney rocked by Latrell Mitchell bombs…