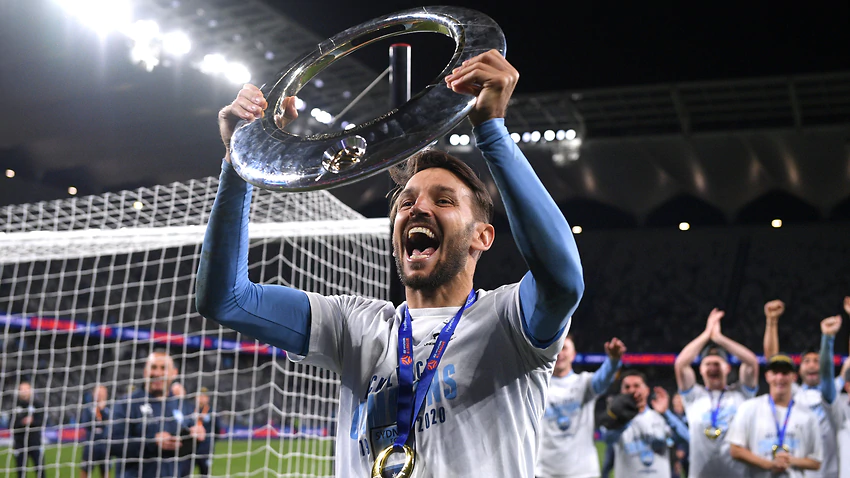 Melburnians have every right to consider their city as the nation’s sporting capital but when it comes to the round-ball game there can be no doubt any more about Sydney’s position.
A goal in extra time by tearaway fullback Rhyan Grant gave Steve Corica’s team a narrow 1-0 victory and a remarkable premiership-championship double.
After winning three of the last four championships, the Sky Blues became the most successful club in the 43-year history of national league football.
Their five cham…