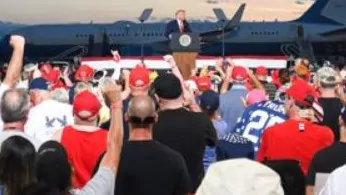 Donald Trump could have used last week’s Republican National Convention to neutralise the most serious criticism of his presidency.
Instead, mystifyingly, the President chose to prove Joe Biden’s point for him.
“Our current President has failed in his most basic duty to the nation. He has failed to protect us. He’s failed to protect America. And my fellow Americans, that is unforgivable,” the Democratic nominee said during his own convention earlier this month.
RELATED: What Joe Biden said in…