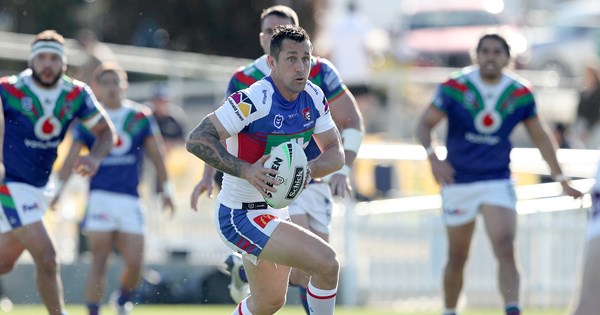 Knights skipper Mitchell Pearce is adamant the pressure and expectation to get to their first finals campaign since 2013 is not behind the 30-point capitulation against the Warriors in Tamworth.
The finals drums have been beating hard in football-mad Newcastle.
Pearce is used to those kinds of rallying calls from fans and has the experience to not let it get into his head.
He’s certain his teammates are following suit as well.
“It hasn’t been an issue the last three weeks has it? So I can’t …