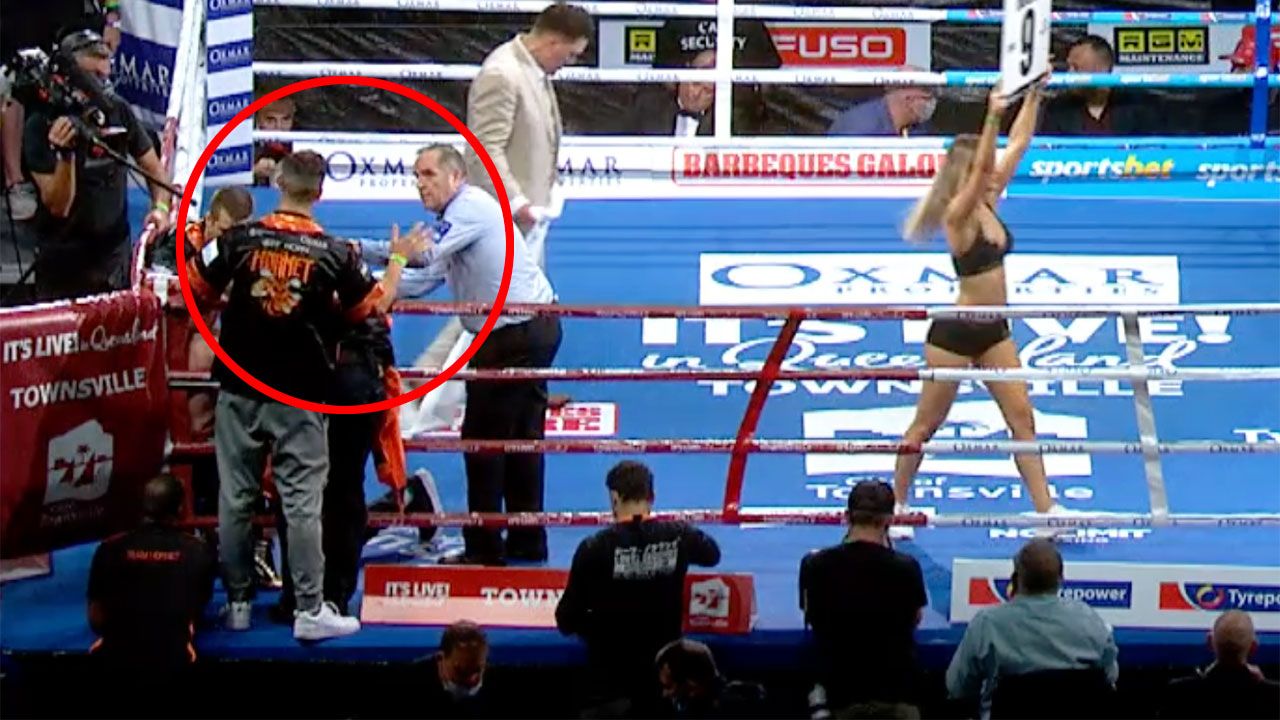 Stunning footage has emerged to help shed light on the controversial ending to Jeff Horn’s loss to Tim Tszyu on Wednesday night.
Tszyu showed all his class in a dominant win over Horn, but it was the actions of the former world champion’s trainer Glenn Rushton that dominated debate after the fight.
‘CHAMPION’: Horn’s classy post-fight act for Tim Tszyu
NEW KING: Boxing world hails new Aussie hero Tim Tszyu
Rushton has come under fire in the boxing world for his failure to throw in the towel …