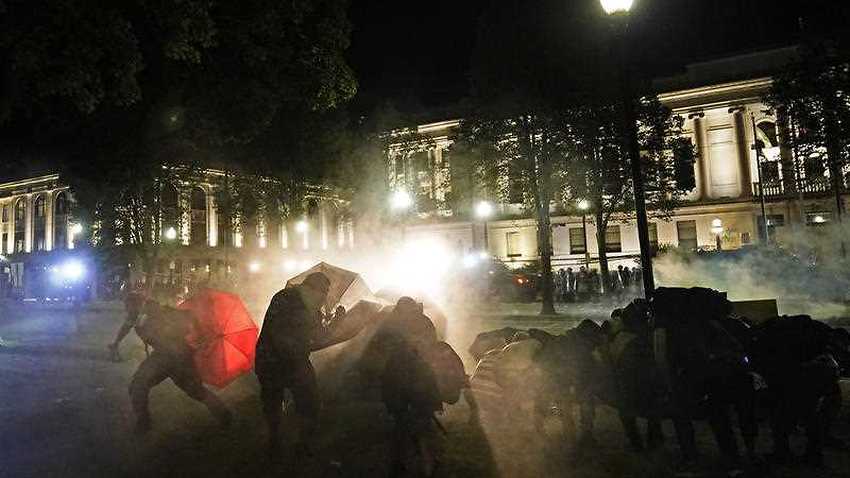 A teenager has been arrested on murder charges after two people were shot dead during anti-police protests in the US city of Kenosha, as President Donald Trump said he was sending in additional federal forces.
Violent clashes have erupted in the Midwestern city since a white police officer shot a black man point-blank as many as seven times in his back.
Jacob Blake was trying to get into his car, with his three children inside, when he was shot on Sunday.
It’s the most recent police shooti…