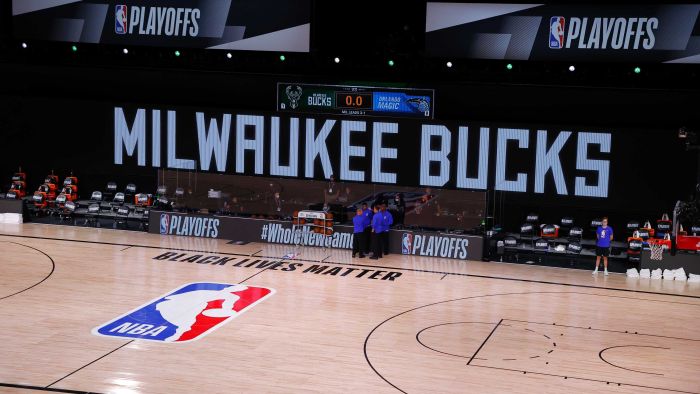 The Milwaukee Bucks have boycotted an NBA playoffs game against the Orlando Magic in protest against the shooting of Jacob Blake by police in Wisconsin.