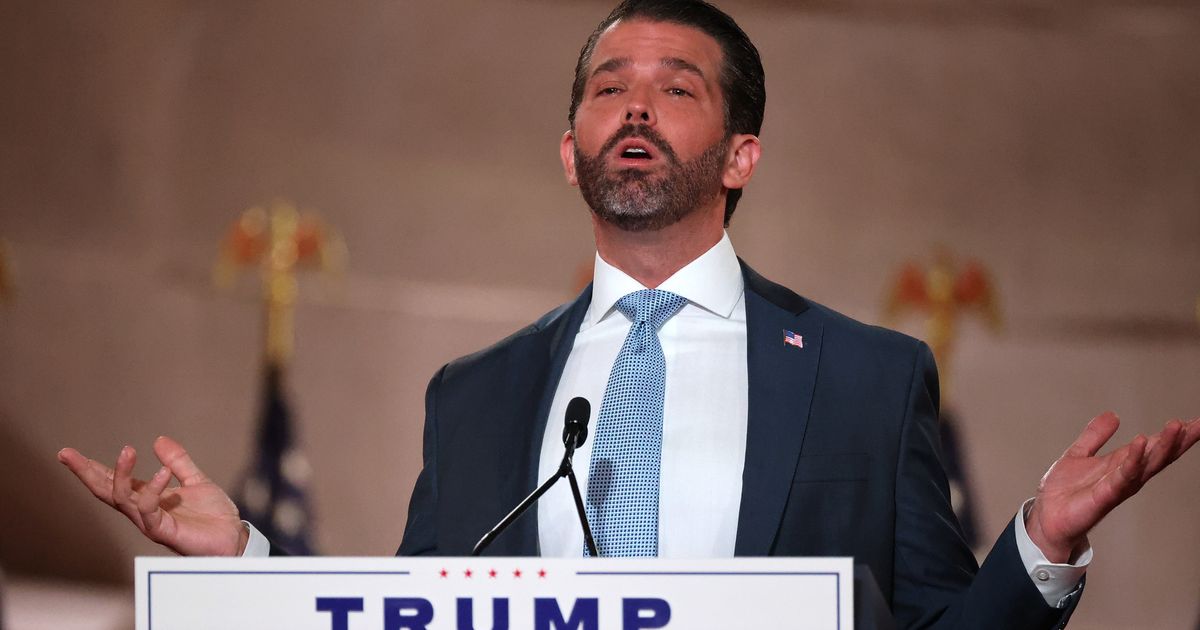 Donald Trump Jr has denied rumours that he was under the influence of cocaine while delivering his Republican National Convention speech on Monday night.
Speaking to “Fox & Friends” host Steve Doocy on Wednesday, Trump Jr addressed his sweaty forehead and “glassy” eyes” during the speech — features that had been noticed across social media and even by “The Late Show” host Stephen Colbert, who speculated that he was high.
“I guess there must have been something with the lighting,” Trump J…