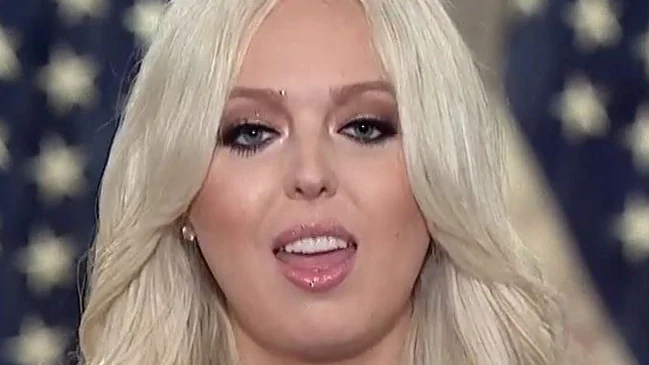 Three members of Donald Trump’s family spoke on day two of the Republican National Convention and first up was his daughter Tiffany with a “bananas” rant.
Ironically, her appearance came immediately after a speech from former Florida Attorney-General Pam Bondi, who railed against nepotism in politics.
RELATED: Live coverage of Republican National Convention day two
Ms Trump started with a pretty straightforward appeal to young voters.
“As a recent graduate, I can relate to so many of who you…