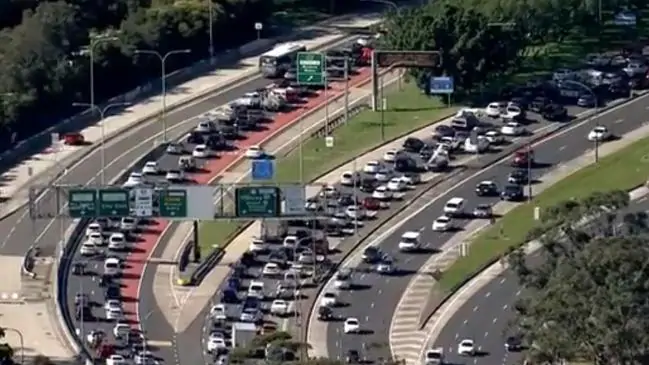 Chaos erupted in the Sydney Harbour Tunnel after a car caught fire on Tuesday morning, initially stopping traffic in both directions.Videos and photos of the scene posted to social media show people getting out of their cars in the tunnel and peering ahead at the blaze.
Manly Sea Eagles player Martin Taupau posted a video to Twitter warning people to “steer clear”.
The fire broke out at approximately 9.20am in the northbound lanes, stopping traffic in both directions.
Fire crews attended to e…