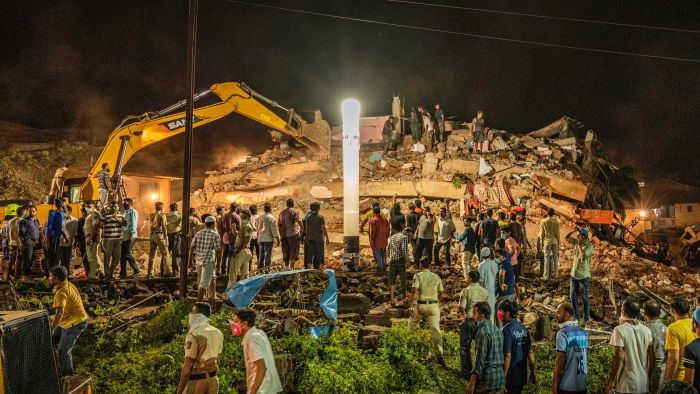 At least two people have been killed and 18 injured after a five-storey building collapsed in an industrial town in western India on Monday evening.

More than 90 people were trapped under the debris, with 60 now bein…