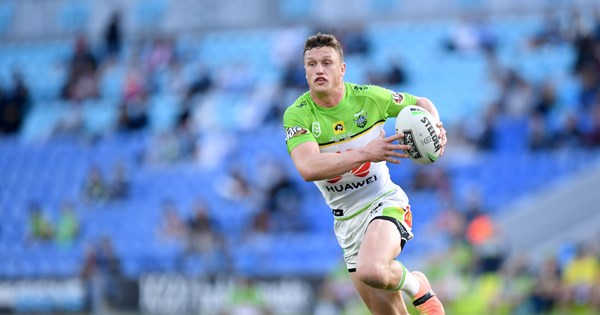 Jack Wighton put on a clinic to inspire the Raiders to a 36-16 win over the Titans and give his sides surge towards a top four finish further momentum.
The win, minutes before the Tigers v Roosters clash kicked off at Leichhardt Oval, took Canberra into the top four on 20 competition points and secured Ricky Stuarts men their fifth win in the last six outings.
When the Raiders lost hooker Josh Hodgson in round nine to a season-ending knee injury there were some who wrote off their chances of m…