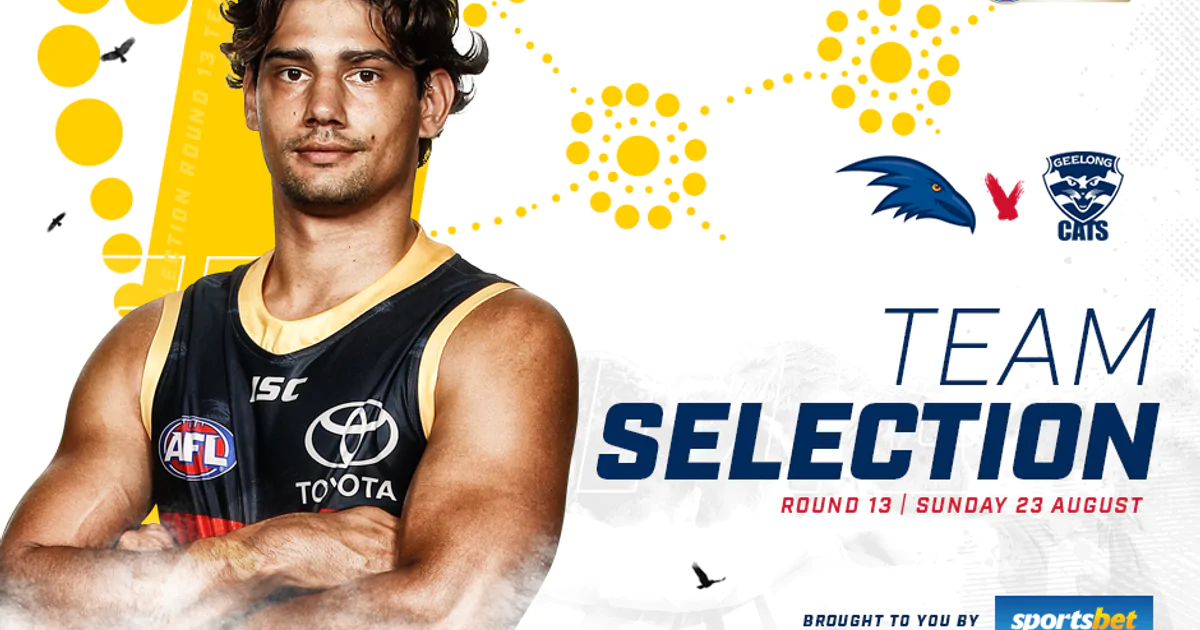 Adelaide has made four changes for Sunday afternoons clash with Geelong at Adelaide Oval.
Chayce Jones, Ben Crocker and Darcy Fogarty – along with Jordon Butts who was announced on Friday – will all come into the Crows final 22.
Butts will be Adelaides ninth debutant of the season and one of nine players in this weeks side to have played less than 20 AFL matches.
A sore Daniel Talia could not overcome a knee contusion at Saturday mornings captains run, forcing him out of the clash with Geel…