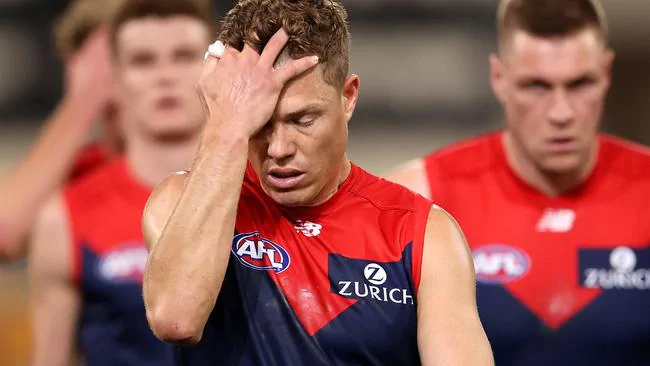 A series of brain farts has seen Jake Melksham come under fire from Demons legend Garry Lyon during a third quarter rampage from the Bulldogs.Melksham’s blunders highlighted his club’s disastrous third quarter where the Dogs kicked six on the trot to blow the Demons away.
They went on to kick the Demons out of the eight and leapfrogged up to seventh on the ladder with a 12.8 (80) to 7.10 (52) win.
AFL Live Scores: Round 13 match centre
In a critical battle between two clubs scrapping for spo…