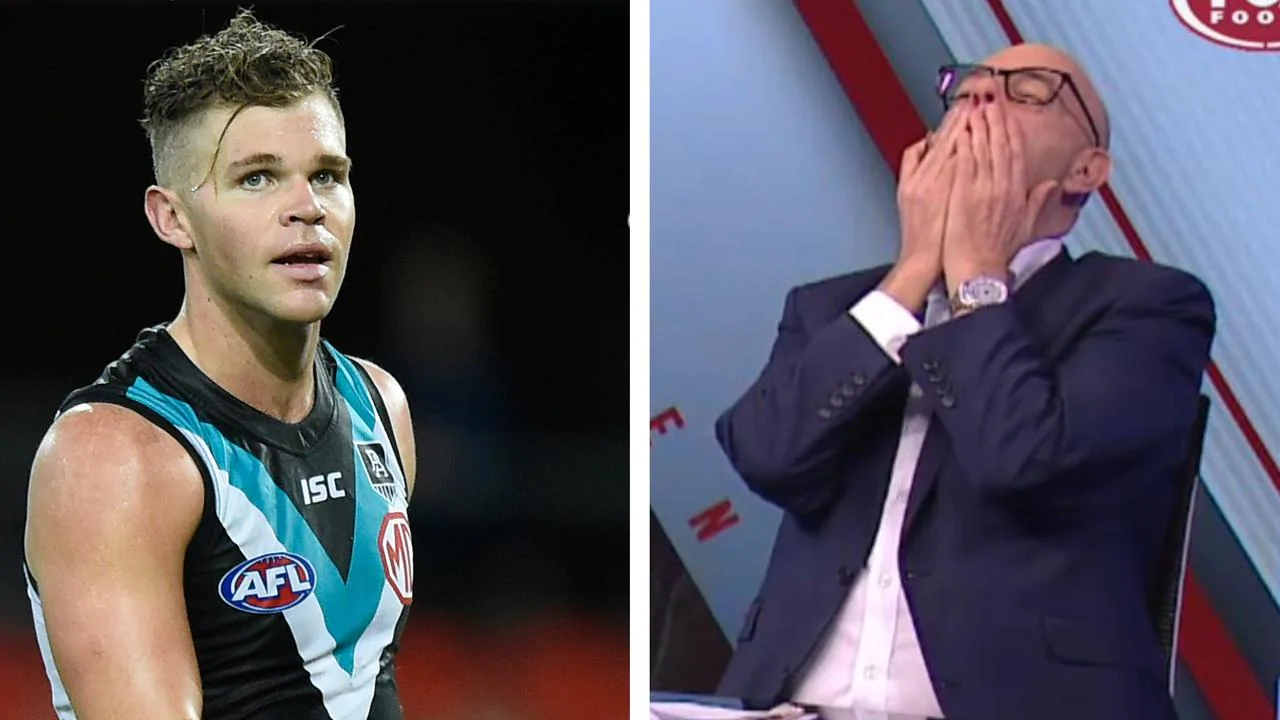 The Power players received three and two-game suspensions respectively after holding a party after a win earlier this month, breaching the AFLs return to play protocols. The club was fined $50,000 with half suspended.
The pair will be available for selection late in the season and for the clubs looming finals campaign – a fact that left the Herald Suns chief footy writer Robinson fuming.
Kayo is your ticket to the 2020 Toyota AFL Premiership Season. Watch every match of every round Live & …