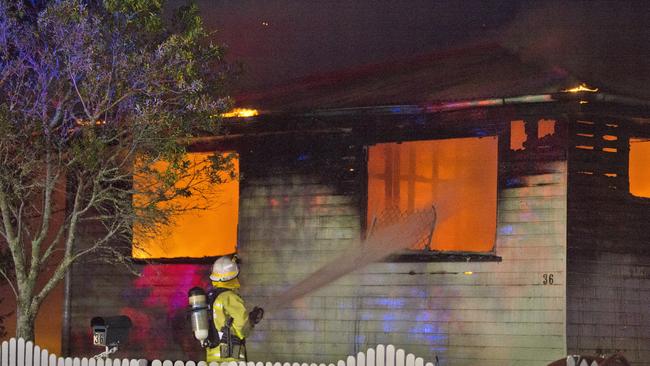 One person has been found dead after a house was destroyed by fire in a regional Queensland town on Wednesday night. Emergency crews were called to a Toowoomba home in Doyle St at 11.15pm on Wednesday night, arriving to a “well-involved” blaze.
Crews were at the scene until early Thursday morning to dampen the blaze, uncovering the body in the process.
A Queensland Police spokesperson confirmed the body had been found during a search of the scorched property.
“A crime scene was declared just …