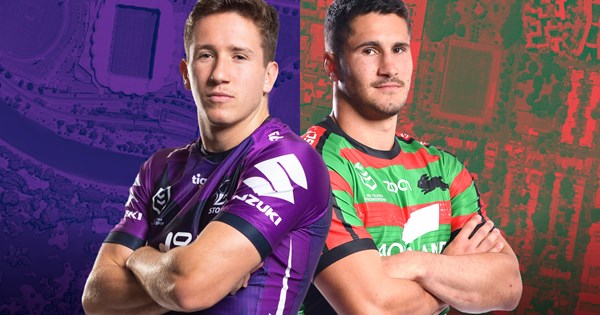 After watching eldest son Jack make his debut earlier this year, Matty Johnss younger boy Cooper gets his chance on Thursday night.
And as fate would have it, they could be lining up against each other in a fortnight.
Cooper Johns, a 21-year-old halfback, will make his Telstra Premiership debut for the Storm against Parramatta at Bankwest Stadium on Thursday night after Jack broke into the NRL last month for Souths.
Jack, a 23-year-old second-rower, has been selected on the interchange bench …