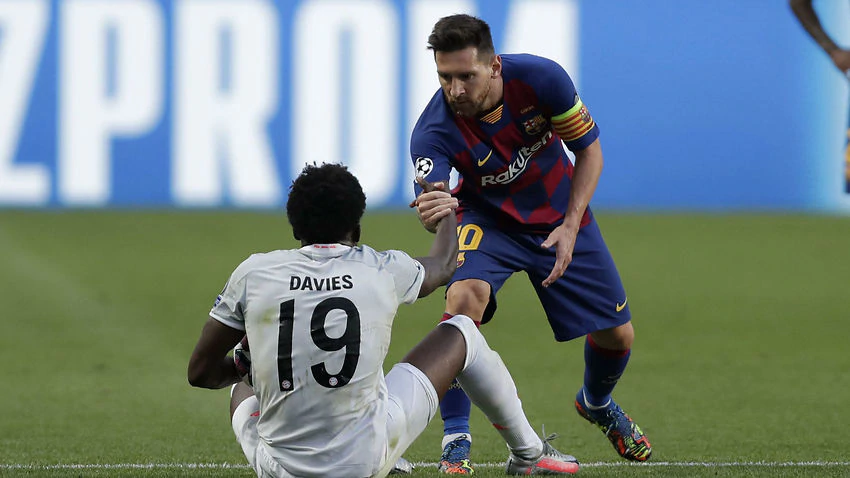 Davies and his Bayern Munich teammates beat Lyon 3-0 at Estadio Jose Alvalade on Thursday (AEST) to stay on course for their sixth European title.
Serge Gnabry grabbed a first-half double and the prolific Robert Lewandowski nodded in his 55th goal of a staggering season to put Lyon out of their misery late on.
It followed an astonishing 8-2 win over Barcelona in the quarter-final, where the only blot on a fabulous evening for Davies came when he failed to claim Messi’s famous number 10 jersey …